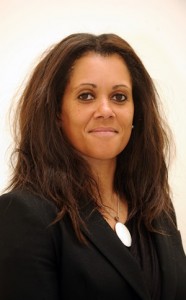 Having  gained a Phd in Cell Biology (Understanding the role of apoptosis during mammalian preimplantation development), Prof. Byrne was awarded the John Kerner fellowship in Gynaecologic Oncology from the University of  California, San Francisco.  During this period she was engaged in the elucidation of novel angiogenesis targets important in the development of ovarian cancer, as well as screening in vivo activity of novel therapeutics. Subsequently, Prof. Byrne was recruited as Scientist by Pharmacyclics Inc, a medium sized pharmaceutical company in California’s ‘silicon valley’ to investigate the mechanisms of action of a new class of radiation/ chemotherapy sensitizer drugs under clinical development. In 2003 Prof. Byrne relocated to New York where she was employed as Snr Scientist in a small Biotech Start-up, Angion Biomedica Corp, whose main focus was developing therapeutics which manipulated angiogenesis signaling pathways. Prof. Byrne returned to Ireland in 2005 to the position of Principal Investigator at University College Dublin’s Conway Institute. During this three year engagement she was instrumental in establishing Ireland’s first comprehensive Tumour Xenograft Facility and translational In Vivo Imaging activities. Prof. Byrne was recruited to the Royal College of Suregons in Ireland in 2008 as tenured Lecturer in Physiology & Principal Investigator, Tumour Biology/Molecular Imaging.