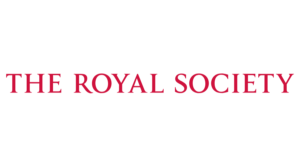 Gene expression in bacteria and mammalian cells has a random element to it – it is inherently stochastic. If we take a population of cells of the same type and examine the expression levels of the same protein, we will find that the protein is expressed at different levels in each of the cells. The protein will have a distribution of levels across the cell population. Furthermore, each cell will express many different types of proteins. Some of these proteins might be related to the fitness of the cell, i.e., if a cell happens to have more of a fitness proteins then it will grow faster and divide more and can be said to be “fit”. If we expose a group of cells of the same type to a fitness pressure (an environmental condition or exposure to a drug that slows the growth of the cell or kills it), then only those cells which happen to have high expression of an appropriate fitness protein will survive. In other words, by applying fitness pressures we will select for cells with high expression levels of a fitness protein. This will lead to a shift in the distribution of the fitness protein to a higher level. This concept of selecting for high expression levels of fitness proteins is something we refer to as “emergent gene expression” and is what we are particularly interested in and what our research proposal is primarily concerned with investigating. This phenomenon of “emergent gene expression” could potentially be used by bacteria cells to survive being subjected to an antibiotic and this very same mechanism could be used by cancer cells to survive being subjected to chemotherapy. This is why it is important to understand this mechanism and we aim to tackle this issue through a combination of developing mathematical models and using synthetic biology. Synthetic biology is a maturing scientific discipline that combines science and engineering in order to design and build novel biological functions and systems and mathematical models allow us to simulate living cells. We use synthetic biology techniques to replace the naturally existing fitness gene within the cell which is under the control of many complex signalling pathways with an artificially inserted one that is fused with a fluorescence tag so that we can monitor its levels in response to different fitness pressures. These simple experimental setups are captured with mathematical models that allow for comprehensive exploration of the different model parameters such as the level of fitness pressure or combinations of fitness pressures and different expression levels of fitness proteins. This combined approach will give us a quantitative and qualitative understanding of the concept of emergent gene expression. Finally, using the mathematical models, we can find strategies to overcome this emergent gene expression. The most promising strategies can then be corroborated using experiments. These strategies could then lead to new ways of targeting antibiotic resistance and patients who have tumours that have developed resistance to chemotherapies. This is a joint collaboration with the Mark Isalan group at Imperial College London.

The mechanisms driving chemotherapeutic resistance in GBM are not well understood and could benefit from the careful analysis of computational models. In particular, it is believed that MGMT expression levels play a central role in the development of Temozolomide resistance with high MGMT expression being associated with a less favourable outcome. It remains an open question precisely how this resistance develops with different possible mechanisms being suggested including epigenetic modification, complex signalling or mutations. For this project, we have developed, simulated and analysed the first multi-scale mathematical model which explicitly models intracellular stochastic gene expression of MGMT and links this to a second model scale capturing exponential cell growth, death, division and partitioning. Through a careful exploration of the parameter space of this multi-scale model, we have shown that phenotypic selection alone is enough to explain the emergence of resistant cells. By phenotypic selection we mean the selection of cells with high expression of MGMT in the presence of TMZ compared to a reference protein with the same kinetics. We found this to be a reversible, dose dependant process which is dependent on many factors including the cell death rate and noise levels of mRNA. By constraining our model using Bayesian parameter inference to novel experimental data, we showed that this phenotypic selection can occur even with realistic values of cell growth and cell death rates. We also validated this mathematical model using additional cell viability data but further validation is required using gene expression data. Moreover, we used our mathematical model to  explore different scenarios for which the development of resistance could be impeded or overcome. Finally, we uncovered a complex MGMT gene regulatory network using TRANSFAC, TRANSPATH and publicly available data. The next stage is to place this more complex MGMT regulatory network within the multiscale structure which has been developed.

What level of model fidelity to use when? How to choose the appropriate systems biology model for a given data set

Quantitative stochastic models of gene regulatory networks have become an important tool for studying the detailed molecular mechanisms of cellular regulation, but models come at many different levels of fidelity. For a systems biologist, a major challenge is to determine what computational model level to use in order to study a given question and to get accurate and representative results. This choice is important, because models of successively higher fidelity comes at a rapidly increasing computational cost, and increasing level of detail should be motivated by the need to capture additional complexity in order to accurately predict the system output under study. In this project, we conduct a systematic study of a hierarchy of models of systems biology models in order to objectively answer the question of under what conditions and for what observables the use of high-fidelity spatial models are motivated over simpler well-mixed models. This is a collaboration with the group of Dr Andreas Hellander of Uppsala University.