Niamh (@niamh_connolly) is a lecturer in the Department of Physiology and Medical Physics. She received a B.E in Electronic Engineering from UCD in 2004. After working in the telecommunications industry and subsequently travelling the world, Niamh returned to Ireland and obtained an MSc in Biomedical Science from NUI Galway in 2009. She completed her PhD under Dr. Heinrich Huber and Prof. Jochen Prehn at the RCSI, where she applied both experimental (wet-lab) and computational (dry-lab) approaches to investigate the role of the AMP-activated protein kinase (AMPK) in neuronal excitotoxicity.

Niamh continues to pursue an interdisciplinary approach in her current research, including primary cultures, multi-‘omics, microscopy, biochemical studies, and systems modelling. Her work contributes to several collaborative projects investigating mechanisms of mitochondrial and bioenergetic dysfunction in neurodegenerative diseases such as Alzheimer’s and Parkinson’s (www.pdmitoquant.eu). Niamh is also interested in the network-level analysis of miRNA-mRNA dysregulation in epilepsy (www.epimirna.eu) and neurodegeneration.

As well as her scientific publications (http://bit.ly/2fy5EGt), Niamh hosts public seminars on Parkinson’s research in Ireland (https://www.pdmitoquant.eu/general-public/videos/). She has also written an online article analysing the benefits of doubt in scientific research (2013: http://bit.ly/2eSrwLk), and her career story is listed on the SFI’s Smart Futures website (2016: https://bit.ly/3pRBVgU). 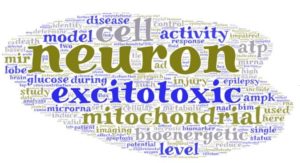